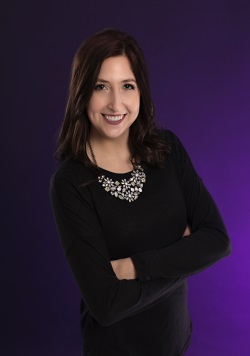 Brianna has been involved with dance since she was five years old. She pursued her dance education at Dawn Dott Dance Studios, where she became a Dance Instructor in 2014. Brianna was a member of the Northern Michigan University Dance Team for 2 years, serving as a team captain for the 2015-2016 season. She has studied tap, jazz, hip hop, lyrical, modern, pom, and kick. She is currently the Assistant Coach of her alma mater, the Marquette Senior High School Varsity Dance Team. She received her Bachelor’s Degree in Behavior Analysis Psychology from NMU in 2017.


This is Brianna’s first year as a choreographer for Dancing with our Stars and she couldn’t be more excited!