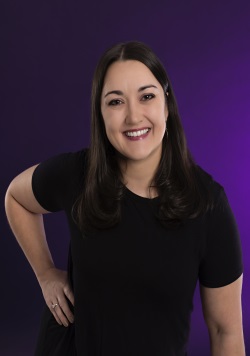 Kristin Frak was born and raised in Marquette and began dancing at the age of three. She trained at Interlochen Fine Arts Camp and before graduating high school in 2000, she was a member of the Marquette Senior High School Dance Team. Kristin then went on to co-found the Northern Michigan University Dance Team. After transferring to Eastern Michigan University, she was a member of the EMU Dance Team. While earning a Bachelor’s Degree in Dance at EMU, she studied with many world renowned faculty and staff including Bill Evans, Mitzi Adams, and Frank Chaves. Miss Frak was the recipient of the Linda Crum-Hemmelgarn Endowed Scholarship two years consecutively. Upon graduating from college, in April of 2006, Kristin moved back to Marquette and opened Superior Dance Academy. After growing SDA from one dance space with 70 students to an academy with 5 teachers and over 200 students, she sold the business in 2017. She was the recipient of the City of Marquette Art Award for an individual’s contributions to local arts in 2015. Kristin has served as choreographer for the Penninsula Arts Appreciation Council’s summer shows at the Vista Theater (Grease, West Side Story, Cinderella, and Beauty and the Beast). In 2007, Kristin had the opportunity to train Apolo Ohno prior to his win on ABC’s Dancing with the Stars. She was a judge for the first four seasons of DWOS, this is her first year as a dance pro.