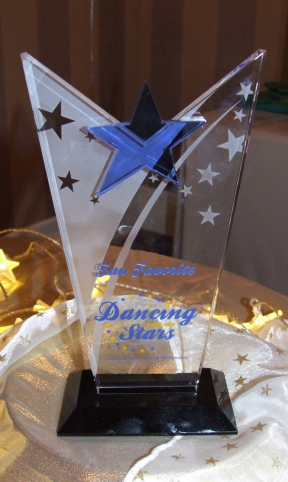 The Stars, the Drama, the Glamour and the Glitter are back as U.P. Home Health & Hospice proudly presents the Eighth Annual “Dancing with our Stars Marquette County Style” to benefit the U.P. Hospice Foundation. Dance Stars will be revealed LIVE on TV6 on Tuesday, February 25, 2020 at 6:00 PM. The fundraiser will benefit the U.P. Hospice Foundation and its programs with 100% of proceeds being donated back to Hospice patients and their families!

“Dancing with our Stars Marquette County Style” will feature TWO NIGHTS of performances again this year! Opening night will be held on Wednesday, May 20, 2020 at Forest Roberts Theatre on the campus of Northern Michigan University. Doors to the theatre will open at 6:30 PM with the show beginning at 7:00 PM. Watch as the judges give their initial thoughts and critiques of the performances and then judge for yourself as you’ll get to cast your vote for your favorite couple after the show! (Applies to opening night only.)

Then, stay tuned to find out who the winners are on Thursday, May 21, 2020 when the dancers compete once more. Votes from the previous night, as well as online votes and judges’ scores will be added together to find out our winners!! Doors open for the Red Carpet Event at Hedgcock at 5:00 PM with the show beginning at 7:00 PM at Forest Roberts Theatre. Hors d’oeuvres and a cash bar will be provided. (The audience will enjoy the exact same show both nights with the exception of the Red Carpet Event the second night as well as the awarding of the trophies.)

The U.P. Hospice Foundation supports the “Make-A-Memory” program along with providing supplies, services, equipment and respite for Hospice families that may be unavailable to them otherwise. Some examples of what the U.P. Hospice Foundation has been able to do for Hospice patients and their families include facilitating one person’s dream to see the President of the United States in person and another’s commitment to be the Matron of Honor at her Great-Granddaughters wedding, through the use of an iPad that transported her virtually to the California beach ceremony. The U.P. Hospice Foundation has also been able to provide technology such as hearing aids and tablet computers for better communication with family and friends, help create family reunions, fishing trips and the building of a wheelchair ramp to enable a family to be mobile once again, just to name a few.

For the “Dancing with our Stars Marquette County Style” event, Marquette County dance professionals have come together to help our local Stars compete for the coveted Mirror Ball Trophy. Local Stars will soon be practicing for the big event with online video updates of their progress. There will also be a Fan Favorite Award given the evening of the second night of performances (5/21), to the Star Couple that collects the most online votes from February 25, 2020 through May 21, 2020 as well as votes cast at both shows.

Tickets for both performances will go on sale on Monday, March 9, 2020. Please call 906-225-4545 for ticket pricing and to reserve and pay for your tickets. A maximum of four tickets are allowed per caller. Tickets will be mailed to you.

If you are interested in becoming a sponsor for this event, please contact Lindsay Hemmila at 225-4545 for the sponsorship levels.

Join us for TWO great nights of fun and pure entertainment with all proceeds benefitting Hospice care in Marquette County. It’s about how you LIVE! For more information on the U.P. Hospice Foundation, please contact 906-225-4545. 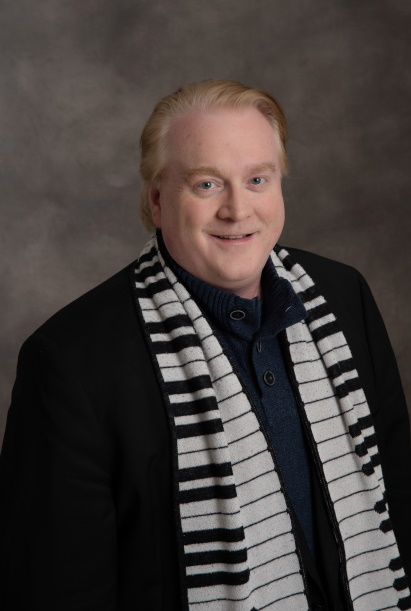 Having appeared in a variety of venues in the Upper Peninsula of Michigan and beyond, Rusty is an accomplished actor and singer.  His outstanding credits include Outdoor Dramas, World Premiere performances, appearing at the Kennedy Center in Washington D.C., regional television commercials and performing for a number of years for the Walt Disney Corporation.

Some of Rusty’s favorite roles include: Tevye in Fiddler on the Roof, Sancho Panza in Man of LaMancha, Ebenezer Scrooge in A Christmas Carol, and Captain Petroff in Beacon on the Rock.  When not performing on stage, Rusty can be found backstage. He has extensive technical credits for Sound Design, Lighting, Make-up Design & Application and Stage Management. He is a founding member of the Lake Superior Theatre and is a past Board Member for the First Nighters Club at NMU and the Peninsula Arts Appreciation Council in Negaunee.  He is currently the Vice Chair of the Arts and Culture Committee for the City Commission of Marquette. He is an avid vinyl and comic book collector. He also has an incredible knack for music trivia. He is the owner of his own business, Rusty Bowers Entertainment, a Studio Production facility and Professional Mobile DJ Service.

Rusty is a graduate of NMU’s Communication and Performance Studies Department and is currently employed by the NMU Department of Music. He and his lovely wife, Lisa, live in Marquette and have three children: Joseph, Jack and Jessica 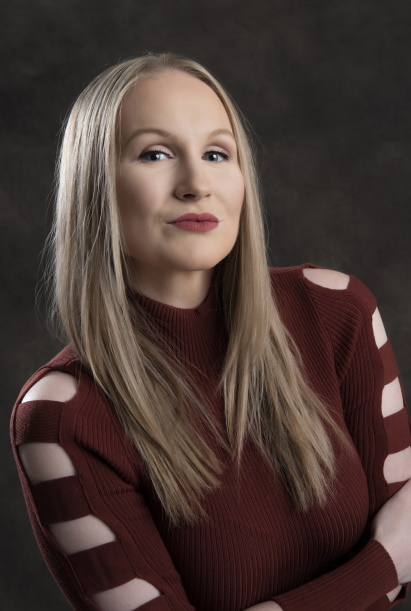 Jennifer Skogman earned her BS at Northern Michigan University with a Major in Media Production and New Technology and a Minor in Performance Theatre. Jennifer is the owner of JLSW Design, LLC, which specializes in Event Production and Makeup Design for Theatre, Stage and Pageantry. With 15 years of experience with the Miss Universe Organization, Jennifer is the Executive Director of the Miss Upper Peninsula USA and Miss Upper Peninsula Teen USA Pageant and assists in producing the Miss Lake State USA and Miss Lake State Teen USA Pageant in Lansing as well as the Miss Heart of Ohio USA and Miss Heart of Ohio Teen USA Pageant in Dublin, OH. While working for PBS, she assisted in media production at such events as the 2009 US Olympic Speed Skating World Cup. Jennifer has vast experience as a model and actress appearing on the Forest Roberts Theatre and Vista Theatre stages in many productions, and was just recently in a series of Subaru commercials. She also has modeled at the NAWBO Fashion Stars and Cars Fashion Show in Detroit, Michigan Sights and Sounds Show which Broadcasts in Central Lower Michigan and has even had a spread in Supermodels Unlimited Magazine.