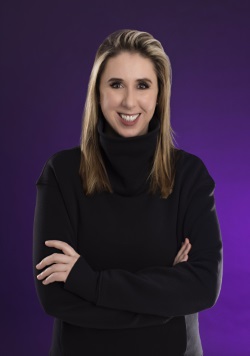 Jill Grundstrom is a Marquette based dancer, instructor, and choreographer.  She has a BS from Northern Michigan University in Secondary Education with majors in English and French, and a MA in Dance Education from New York University in New York City and Genoa, Italy.  She continues to train with The Luigi Jazz Centre, STEPS on Broadway, and Broadway Dance Center in New York City, and has worked, taught, and trained with New York City Ballet, The National Ballet of Canada, and American Ballet Theatre in New York City and is certified in their National Training Curriculum.  Jill is also a Certified FLX Conditioning Specialist.  During seasons four through seven, Grundstrom was a writer for Cat Deeley, host of Fox’s So You Think You Can Dance.  Jill is the program director for and instructor in the Dance Minor at NMU and choreographs for the NMU Theatre and Dance Program, as well as for the Superior Arts Youth Theatre and Lake Superior Theatre.  Jill has choreographed over 30 full-length musical and dance productions in the Upper Peninsula, New York City, and Los Angeles, and recently choreographed an independent feature-length film, Our State Fair. She was the recipient of the MACC Outstanding Performing Artist of the Year Award in 2011.

This is Jill’s sixth year as Director of Dance for “Dancing with our Stars Marquette County Style” and is returning for a second year as one of the elite judges! In past years, Jill has been one of our choreographers and has had the pleasure of coaching Eric Dompierre, Elizabeth Peterson & Landon Stelwagen, Julie Shaw & Jeremy Hosking, Monica & Tyler Jenema, Sonia & Mike Stucko and the 2016 Fan Favorite Winners, Melodie & Travis Alexander.