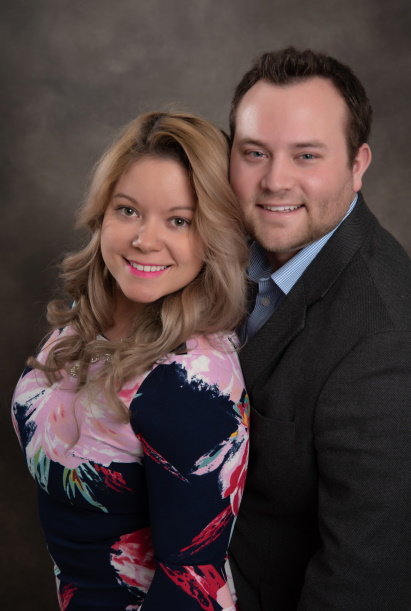 Spencer Larson & Brittany Blackburn are both natives of Marquette, Michigan. This dynamic duo met on a blind date (set up by Stephanie Jones, thanks Steph! 😊) during the Thanksgiving snowstorm of 2018. It felt like they knew each other for their whole lives and between the two of them there wasn’t an awkward silence that whole night! They began officially dating in December 2018, and on a taco Tuesday of June 2019 Spencer got on one knee and asked for Brittany’s hand in marriage! They will say their “I do’s” in August of 2020. TACO ‘BOUT A LOVE STORY!!!

Spencer is the son of Randy and Stacy Larson, both of Marquette. After graduating from Marquette Senior High School in 2011, Spencer attended St. Norbert College. As a Green Knight, he spent his time on the baseball diamond. He received his bachelor’s degree in business management, with a minor in history, in May 2015. Spencer is currently a processor in the commercial loans department at mBank and in his second season as the Varsity Baseball Coach for MSHS.

Brittany is the daughter of Dave and Sue Blackburn, both of Marquette. After being voted “Most Spirited” by her classmates, Brittany graduated from Marquette Senior High School in 2008. She then attended Northern Michigan University. She graduated with her bachelor’s degree in public relations and marketing. Currently, Brittany works for KMG Prestige as the Community Manager for One Marquette Place.

Wanna hear more interesting facts about this cute couple? Of course, you do! Brittany is the biggest San Francisco 49ers fan you will ever meet! She was able to go to a game during the farewell season of Candlestick Park in San Francisco and never misses attending their games when they travel to Lambeau Field. We even had to do a welfare check on her after the Super Bowl this year. When she isn’t cheering on her team, you’ll find her baking some delicious desserts for any occasion with her mother, Sue! Spencer enjoys his favorite sport of baseball! But once the calendar hits October good luck finding him anywhere but the woods! If you can’t find him in his deer blind, better check his duck blind! Together the couple enjoys making each other laugh, being out on the pontoon in the summer, and gaming in the winter. As they both say, couples who game together stay together.