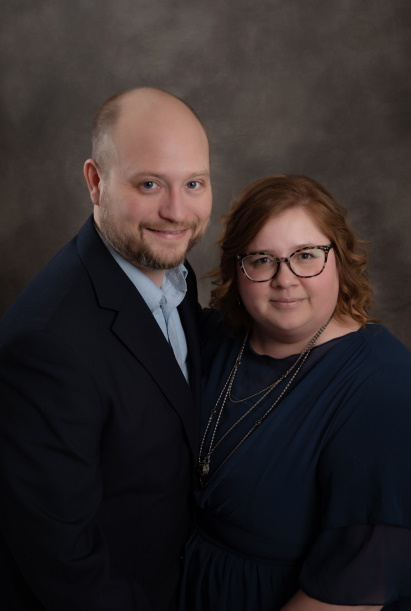 Their love of music turned into love for one another. Jessica and Tony experienced love at first sight, when they met each other as drummers in band class at Negaunee High School. Upon first meeting in 1995 they quickly became good friends, and grew closer through the years, sharing the same sense of humor and passion for the same styles in music.

The romantic feelings between the two was understood throughout high school, but they never dated because there was always some inconvenient circumstance. They (somewhat) remained friends after graduation, since their separate musical pursuits kept their paths always crossing.

While attending Northern Michigan University, Tony pursued a degree in Media Production and New Technology, while moonlighting as the lead singer and guitar player for a popular local band, “Dave Naked”.

In 2003, Jessica and Tony ran into each other at the International Food Fest at the Mattson Lower Harbor in Marquette. They finally were both single at the same time! It was understood right then and there that the stars had finally aligned, and their life together would finally begin. After dating for about a year, Tony proposed on the beach in Maui.

Jessica has since gone on to graduate with a bachelor’s degree in nursing and has been employed at UPHS as a nurse in the cardiac, emergency, and wound care departments.

Tony’s has worked as a media production and promotions professional for over 15 years, holding various positions with WLUC, the Lake Superior Community Partnership, and WJMN Local 3 where he is currently the Station Operations Manager.

Jessica and Tony are blessed to be able to live in their hometown of Negaunee, where they continue to make music together and share their passion with their two brilliant and hilarious children, Vincent (8) and Daphne (5).